Per-Arne Sträng's series of small-sized photographs titled Before/After are displayed in pairs, showing himself in two different situations, just before, and right after doing something. This could be any form of action from everyday life, shaving, sleeping or going to a meeting, but in each case the action is lost in between two stages of before and after; so at the end the gap between these two states of mind is reproduced through conceptualist humor.

Reminding me of the form of writing from Joyce's Ulysses, Sträng displayed papers in letter-size format (Script) as a scenario that is about his everyday life, everyday reality and the sequence of events that happen in one day. Sträng explaines the reason why he is using the format of scriptwriting as "I'm interested in the relationship between fiction and reality. It's an attempt to make the reality (my everyday life) into fiction. In a wider sense it is about our perception of reality, and how we see and relate to the things around us.

Beside the obvious fact that it's about my own person and my relation to the things around me, it is also on a rather intuitive level behind the piece, about how we in this mediated society are moving towards an almost religious relation to the illusions of happiness and self-fulfilment that we are served daily in the media around us." During our discussions, Michel de Certeau's masterpiece "The Practice of Everyday Life" came up, in which everyday practice is seen as an investigation of ways in which people operate. At this point, Sträng's interest in producing empirical knowledge can be related with his artistic approach, which is based on observation, intervention, and documentation in accordance with a fictional gesture.

This observant quality, and a curiosity like a naturalist in his approach have provided him with some additional channels in order to experiment on diverse ideas, media, and techniques. Recreating plastic cups from wood; changing wood into a Mondrian-ish biodesign element and de-contextualizing it within a forest view; and the movements of clouds in the sky through one-day time-lapse recordings to document the orbital loop — these are some directions that he has taken, led by the happiness of being open to risk and the joy of being challenged by the everyday reality: as if he is living in his own Ulysses. 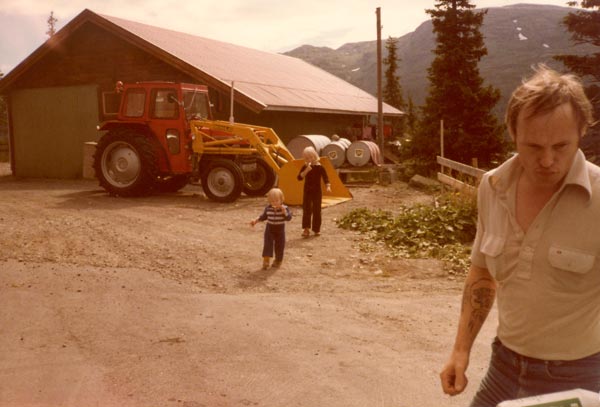